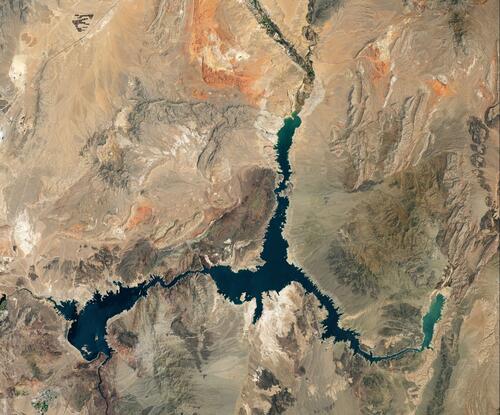 Satellite images from NASA showed the extent of drought in Lake Mead, the largest reservoir in the united States.  The change was captured by comparing two images; the first one obtained by Landsat 7 on July 6, 2000 and the second one by Landsat 8 on July 3, 2022.

The effect of climate change and long-term drought resulted in a 22-year downward trend in Lake Mead water levels, reaching only 27 percent of its capacity as of July 18, 2022. 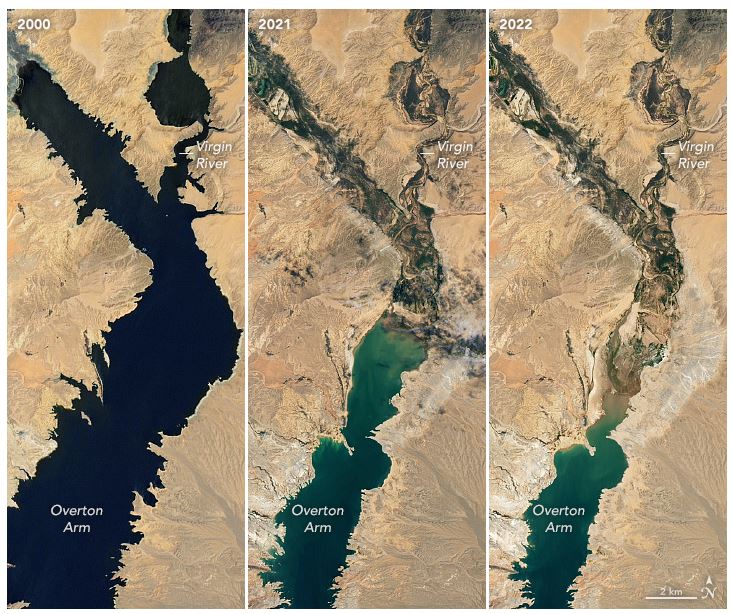 Lake Mead images reveal the “bathtub ring” effect, which refers to the pale outline along the shoreline where water used to reach when the lake was filled to its capacity. It worth mentioning here that the last time Lake Mead reached its full capacity was almost quarter a century ago, in summer 1999, and 16 years before that, in summer 1983.

Lake Mead serves as a major source water for the Southwest, mainly for drinking and irrigation. The lake receives its water from local precipitation and ground water (about 10%), and snowmelt in teh Rocky Mountians.