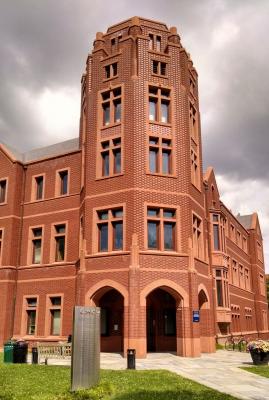 Over the last twenty-five years, the field of satellite-based remote sensing of the Earth’s surface has played an increasingly important role in the scientific study of our environment. The growing importance of satellite image data is due to its three primary characteristics: overhead vantage point, uniform global coverage, and multi-channel spectral resolution. Currently many government and commercial ventures produce and distribute satellite images; including programs in the United States, France, Japan, Russia, and India. This is producing an ever-increasing catalog of satellite images that allow scientists to study the earth across the electro-magnetic spectrum and over time.

The Yale Center for Earth Observation (YCEO) was created in 1992 to consolidate and promote the use of satellite remote sensing throughout the Yale community. In the spring of 1993, base funding for YCEO was approved by the Yale Institute for Biospheric Studies and Prof. Ron Smith was appointed the Director.  In December 1993 the YCEO opened its central facility on the second floor of Bingham Laboratory on Sachem Street.

Several academic units provide academic guidance and direction to YCEO including: the Department of Geology and Geophysics, the Department of Anthropology, the School of Forestry and Environmental Studies, and the School of Public Health Department of Epidemiology of Microbial Diseases. Each group engages in research projects for which satellite remote sensing and geographic information systems are essential. Examples of current research include the investigation of lyme-disease bearing ticks and their distribution patterns, agricultural changes in southwest Asia, rainforest deforestation practices, and terrain influences on wind patterns in coastal regions.

In December, 1996, YCEO received a three-year grant under the NASA/MTPE Interdisciplinary Science Initiative. This project, known as the South West Asia Project (SWAP) involved several groups at Yale as well as scientists and collaborators from Syria, Turkey, Jordan, Iraq, Iran, and Israel. The goal of SWAP was to quantify and monitor processes shaping the landscape in the region.

In 1997 the Center was designated a NASA Center of Excellence and was awarded a grant for new equipment. By the spring of 1998 all of the hardware and software in the lab was upgraded to produce a state of the art Remote Sensing research facility to meet the needs of the students and faculty of Yale, and their research partners.

In 2001 the YCEO moved into the new Environmental Science Center at 21 Sachem St. Along with the new location, we upgraded our computer hardware and software in order to provide a high-quality Remote Sensing research facility for the Yale community and our collaborators.

After 24 years at the helm, Ron Smith decided to step back from his roll as Director.  We were very fortunate to have a strong working relationship with Prof. Xuhui Lee of F&ES over the past several years.  In January of 2017 Prof. Lee assumed the role of Director of the YCEO.