Sentinel 2 is part of the Copernicus earth observation program developed by the European Space Agency (ESA) to study the earth’s surface.  The Sentinel 2 portion of the program consists of a pair of satellites that are designed to acquire reflected sunlight in the optical wavelengths.  It is especially sensitive to variations in vegetation so is extremely useful for studying crops and forests.

Sentinel 2A was launched on 23 June 2015, the first image was acquired on 27 July 2015, and the program became operational on 15 October 2015.  The satellite orbits the earth at an altitude of 786 km and has a swatch width of 290 km.  This provides a return time of 10 days as compared with the 16-day return time of the Landsat program.  Sentinel 2B was launched on 7 March 2017, it is positioned 180° from Sentinel 2A. Together, Sentinel 2A and 2B will provide near-global coverage every 5 days, with quicker return times at mid latitudes. 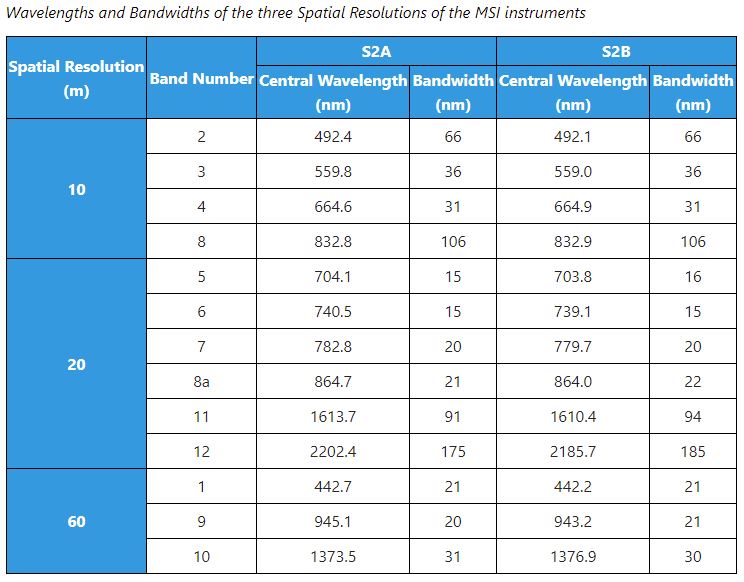 Learn more about this program at:
the ESA Sentinel 2 website https://earth.esa.int/web/sentinel/missions/sentinel-2
and the USGS site:  https://eros.usgs.gov/sentinel-2